In this new post, I want to share my trip to the North Cape (Norway) by car from Galiza (Spain) that I did in 2009. You can see the itinerary in this map:

I always wanted to see the midnight sun, and I knew the North Cape was the best place for it. It’s located at 71º 10′ 21» latitude, in a high cliff in the Artic Ocean. The North Cape is a famous place for many travellers too. Many people arrive to the North Cape every year from a lot of places, by car, by motorbike, by motorhome, …

I went to the North Cape with another person, by car (my Toyota Avensis Wagon), and we spent 22 days. We decided to travel in July, because the midnight sun can see in North Cape in June and July.

We crossed several countries like France, Germany, Sweden or Finland. In this post, you can see many curiosities and pictures about the trip, but if you want more information you can read the post in Spanish in this link.

France is one of my favorites countries, and I was there many times. But in this trip, we were in two places that we never visited before: The Médoc (near to Bourdeaux) and the Normandy. In Médoc, many people fish with these specials huts.

Normandy was very famous in The Second World War. We visited same places like the beaches, cannons and the artificial harbour in Arromanches-les-Bains

We spent only one night in Belgium, but we were in one of the most beautiful cities of Europe: Brugge. We enjoyed the canals and the wonderful Market Square

We entered to Germany from Holand, and we didn’t spend much time here, because we prefered to be more days in the Scandinavian countries. The best of Germany are their motorways (there isn’t speed limit), but I think they are quite dangereous.

We entered in Sweden crossing the Öresund Bridge (16 km inclued a bridge, a tunnel and an artificial island). In this country, we visited places like Båstad, Gothemburg or Stockholm. Båstad is located in the south seaside, and we slept here in a perfect B&B.

In Gothemburg (with more than 500.000 inhabitants, it’s the second largest city in Sweden), we met with our friends Lito, Kersti and Sofía. We enjoyed a lot Gothemburg with them!

We visited the capital of Sweden too: Stockholm. It has very interesants places like the Gamla Stam (old town) or the Parliament. Stockholm is a nice city, situated on 14 islands.

We continued the trip, crossing Sweden to the north of the country. The road cross typicals Scandinavian landscapes like conifers forest and lakes. I drove carefully, because there are many signs warning mooses

Sleeping in cabins (with kitchen) is very habitual in the Scandinavian countries. We always slept in cabins in this places, because they are cheaper than a hotel, and we save money cooking our dinner in the kitchen.

In Finland, the Scandinavian landscape is amazing: Enormous conifers forests and thousands lakes. In summer, the night doesn’t exist, and the color of the sky is special. There are a lot of reindeers, they are smaller than the mooses, but they are everywhere: This is land of the Sami.

NORWAY: THE NORTH CAPE AND THE LOFOTEN ISLANDS

We did the first stop in Norway in Karasjok, near the Finland border. Here is the Sami Parliament.

In Lakselv, we arrived to the Porsangen Fjord, in The Arctic Ocean. Then, we did 200 km approximaly, and we entered in the Magerøya Island, crossing a tunnel under the sea (toll:192 NOK).

Here, you can see The Globe, The Children of the Earth Monument or a comercial tourist centre, but I prefer to contemplate the landscape. The only bad thing of this is you need to pay another toll: 280 NOK in 2009

We wanted to see the midnight sun in a quiet place near the North Cape, therefore we chose a place near to Skarsvåg, 45 minutes walking from this village.

Next day, we began our way to the south by the road E6, near the Atlantic Ocean, crossing amazing landscapes.

One day later, we arrived to the Lofoten Islands. Here, we went to Å, a nice village where the road ends. I’m sure that Lofoten Islands are one of the most beautiful landscapes that I’ve never seen.

We decided to return by Sweden again, because we prefered to visit the fiords of the South of Norway in another trip (we did that trip in 2011, you can see the post in this link, in Spanish). We spent tree days crossing Sweden

We were tree days in Germany. The first day, we visited an awful place: the Bergen-Belsen concentration camp. Here died Anne Frank.

Then, we rested two nights in Titisee, in The Black Forest (Southwest of Germany). We dediced to come here because we enjoyed a lot when we were in 2006.

We spent tree days from Titisee to our home, and we knew another interesting but awful place: Oradour-sur-Glane (France), one village that it was burned, with 642 inhabitants inside, by a German Waffen SS company in 1944. Currently the ruins of this village is a memorial.

Near to Oradour, we rested in the B&B le moulin de la fauvette, a beautiful place with a nice owners: Mike and Amanda. The next night, we slept in San Vicente de la Barquera, in the North coast of Spain.

On July 23th we arrived at home. We were travelling 22 days and we did a lot of kilometres but we would start the same trip again.

If you want more information, say anything or you see a mistake (this is my first post in English), you can write a comment or send an e-mail to cabonorte2009@hotmail.es 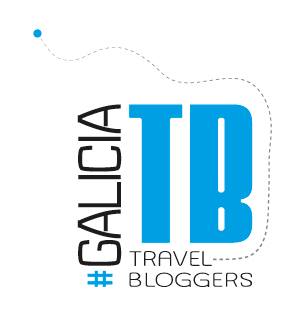